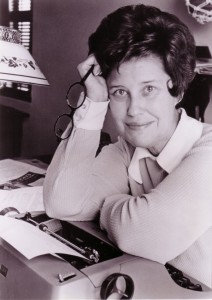 “There’s a thin line that separates laughter and pain, comedy and tragedy, humor and hurt, and how do we know laughter if there is no pain to compare it with?”

“Insanity is hereditary. You can catch it from your kids.”

“My second favorite household chore is ironing. My first one being hitting my head on the top bunk bed until I faint.”

“There’s nothing sadder in this world than to awake Christmas morning and not be a child.”

“Mothers-in-law who wear a black armband to the wedding are expendable.”

“The only reason I would take up jogging is so I could hear heavy breathing again.”

“Dreams have only one owner at a time. That’s why dreamers are lonely.”

“When I stand before God at the end of my life, I would hope that I would not have a single bit of talent left, and could say, ‘I used everything you gave me.”

“In general, my children refused to eat anything that hadn’t danced on TV.”

“When humor goes, there goes civilization.”

“Seize the moment. Think of all those women on the ‘Titanic’ who waved off the dessert cart.”

“Never loan your car to anyone to whom you’ve given birth.”

“The grass is always greener over the septic tank.”

“A child needs your love more when he deserves it least.”

“It takes a lot of courage to show your dreams to someone else.”

“If you can laugh at it, you can live with it.”

“I didn’t fight my way to the top of the food chain to be a vegetarian”.

“I told you I was sick.” (She requested this to be her epitaph.)

<< Erma Louise Bombeck, née Fiste (February 21, 1927 – April 22, 1996) was an American humorist who achieved great popularity for her newspaper column that described suburban home life from the mid-1960s until the late 1990s. Bombeck also published 15 books, most of which became bestsellers. From 1965 to 1996, Erma Bombeck wrote over 4,000 newspaper columns chronicling the ordinary life of a midwestern suburban housewife with broad, and sometimes eloquent humor. By the 1970s, her columns were read, twice weekly, by 30 million readers of the 900 newspapers of the U.S. and Canada. >> (Wikipedia)