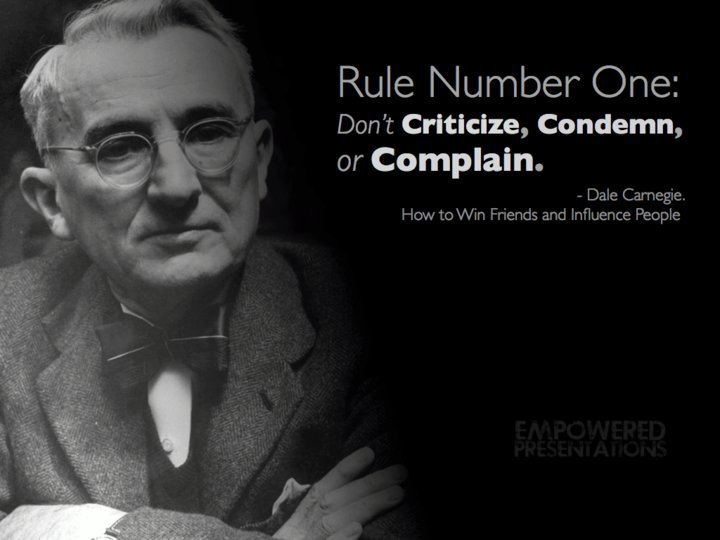 “Dale Breckenridge Carnegie (originally Carnagey until 1922 and possibly somewhat later) (November 24, 1888 – November 1, 1955) was an American writer, lecturer, and the developer of famous courses in self-improvement, salesmanship, corporate training, public speaking, and interpersonal skills. Born into poverty on a farm in Missouri, he was the author of How to Win Friends and Influence People (1936), a massive bestseller that remains popular today. He also wrote How to Stop Worrying and Start Living (1948), Lincoln the Unknown (1932), and several other books.

One of the core ideas in his books is that it is possible to change other people’s behavior by changing one’s reaction to them.” (Wikipedia)

Don’t be afraid of enemies who attack you. Be afraid of the friends who flatter you.

Most of the important things in the world have been accomplished by people who have kept on trying when there seemed to be no hope at all.

If you can’t sleep, then get up and do something instead of lying there and worrying. It’s the worry that gets you, not the loss of sleep.

You’ll never achieve real success unless you like what you’re doing.